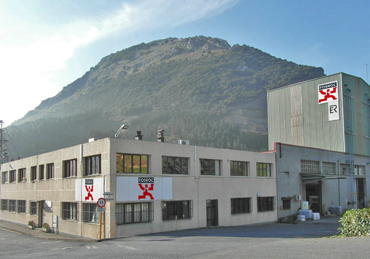 September saw the 45th anniversary of Fosroc's activities in Spain. The occasion was celebrated with a visit from the European VP of Fosroc Group, David Lauga, who praised the outstanding trajectory of our company, our ability to overcome difficult moments in the sector, and our thorough preparation in all areas as we look to a bright future.

A long time has passed since 1970, when the company was formed under the name Reebex, S.A. The first years of the business were a stimulating combination of hard work and enthusiasm, with the company soon outgrowing the 8 members of staff it initially employed. The business continued to grow, with a new factory being built in Izurza (Vizcaya) in 1979, where we have been ever since.

Fosroc Euco, S.A. has continued to evolve over the years, becoming a leading company in the manufacture and supply of chemical products for construction. The company extended its range beyond admixtures for concrete and mortar, to offer mortar for repairs, grouts, sealants, flooring and waterproofing products. The technological innovation developed by the company to extend its product range also broadens its customer base, providing innovative, profitable solutions not only for ready-mixed concrete plants and large building firms, but also for applicators, distributors and the industry in general.

During these anniversary celebrations, Jesús Rodríguez, General Manager of Fosroc Euco, s.a. would like to remember and thank everybody involved in helping grow the company –employees, clients, suppliers and others in the sector– with the conviction that it will continue to reach its goals and milestones in the future.